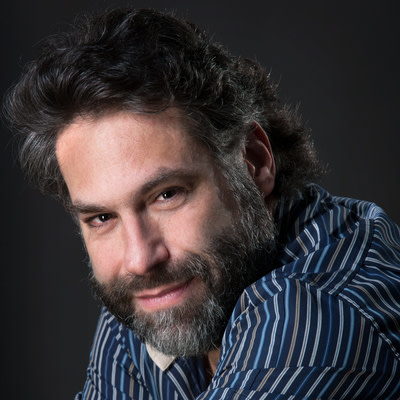 While some tutors naturally gravitate to certain subjects, Jonathan has been a fixture in NY tutoring for so long and has worked with so many students and trained so many tutors, that he is truly a jack of all trades. His motto is, “I will take care of your child,” and all that that entails. All tutors love students who want to do the work. Very few tutors, like Jonathan, will text your student every day to see if he has done his homework, or will show up during practice tests to observe students while they test.

Jonathan was the original author of the best-selling Cracking the Specialized High School Admissions Test. There may be no other tutors in NYC better versed in high stakes admissions process for top NYC high schools. There are few other tutors who proctor the actual Hunter High Exam. He also has a wealth of experience working with students with special accommodations, as well as Executive Functioning issues.

Jonathan has worked in college admissions. His highly sought-after opinions have appeared in publications as diverse as The Christian Science Monitor, New York Magazine, and the New York Post. Jonathan is truly one of a kind. You will know this to be true the minute he walks in the door.

When not tutoring Jonathan can be found at Yankee games (sometimes dancing on the Jumbotron), singing at Don't Tell Mama's or directing musicals and operas. He founded the Musical Repertory Club at Hunter College High School where Bobby Lopez (Frozen), and Lin-Manuel Miranda (Hamilton) both cut their teeth in musical theatre. From there he went on to work for Hal Prince (Phantom of the Opera) for six years after matriculating from Oberlin College as a Political Science major with honors in Theatre. While working for Mr. Prince he stage managed Kiss Of The Spider Woman on Broadway, directed The World Premiere of the opera Travels, as well as The European Premiere of Biloxi Blues by Neil Simon in Ireland. He currently serves on the board of and is the resident director for The International Brazilian Opera Company.

Jonathan Arak is a Godsend. Not only did he help raise my score 260 points, but he also helped raise my confidence in my intelligence, mathematical ability, and my capacity for hard work and perseverance. He did all this with an unending humor, wit, and warmth that made me look forward to coming home from school and studying with him. He is absolutely wonderful at catering to a student’s personal needs and interests; how many people could help you remember the word “exculpate” by singing “Mea Culpa” from Sweeney Todd because you’re a musical theater fanatic? Only one that I know of. He is endlessly patient, even with a student such as myself who does not learn things the ‘normal’ way. He often had to find creative ways to explain simple concepts to me, and he always rose to the challenge with creativity and an unflustered air that even my school teachers can’t always summon. Jonathan has helped me not only in my SAT score, but in my life. He has given me confidence in my own abilities, which is a priceless gift. I would recommend him highly to anyone, save those who are not willing to work hard and will waste his time. Thank you so much for giving me the opportunity to tell you the marvelous assets of Jon, and thank you for your wonderful and helpful program. Keep up the good work! Sincerely, Katharine (Kate) Reiner.

I had eight days until I was going to be taking the GRE for the second time. I had tried other tutors previously who did not understand my learning style and did not provide the tools I needed to succeed. I was juggling finishing my applications for business school and polishing essays. If things did not go well – I was not going to be applying for my MBA this year. There was a lot going on in my life. I desperately needed to find the right person. Enter Jonathan Arak. Everything I ever wanted from previous tutors – and lacked, Jonathan possessed, exceeding my wildest expectations. He tailored our sessions to how I learned – something deeply meaningful for someone coming from a learning disabled background. He taught me the effective strategies to excel on the exam – even going above and beyond what other tutors did - even something as simple as organizing scratch paper. Each day on our tight schedule, he was attentive and available, texting me about homework and problems, inquiring if I had completed my assignments or had any questions. More than anything he was kind, patient, and helped me get in the proper mindset to do well on the exam. Jonathan gave me a fighting chance to get into business school this year. He is part tutor, part psychiatrist, and all around great individual. He is hands down the most expensive tutor I have ever used, but he is worth every penny. Thanks! Rob Feder

I could tell from the start that Jonathan was going to be good. In our first session, he completely revamped my test taking methodology, introducing tricks to deal with timing and ways to make informed yet quick decisions on difficult questions. Our sessions started by taking a bird's-eye view of the test as a whole, with Jonathan making sure I developed a fundamental base that I could build upon as the weeks went by. We gradually drilled down into the finest and most nuanced points of the test, going topic by topic. I was almost waiting to get to a concept that Jonathan couldn't explain by either providing an example that was impossible to forget or yelling the answer loudly enough in my ear that it would be ringing until test day (if you don't get the humor, this worked like a charm). That was probably the most impressive part to me - we never found a topic that he couldn't explain. Jonathan was extremely patient and not only put in the effort to explain every lesson to me, but also clearly considered my learning style and catered to it. The results speak for themselves as I was able to improve my score significantly. I would recommend Jonathan to anyone taking the GMAT or any other test for which he offers tutoring services. Best, David B.

COMMENTS FROM MOTHER OF STUDENT(names deleted by request):

Meant to say—you should know you were the turning point for him academically. He said after his week with you that he had learned he could get much better at something difficult if he simply worked hard at it, and I have seen him applying that ever since. Since he is used to so much coming easily to him (sports, social life, elementary school), he has been very lucky to have learned it without a major disaster first. You must see how much parents want to get you for their kid. It’s because you are like this force of nature arriving and taking the kid to a different mental plane (you don’t fit the category of everyone else in their lives—parents, teachers, everyone adult and conventional—so you really impact them). I am sure you make an enormous difference in most of the kids’ lives. It was so obvious with my son because, in spite of the fact that he was not continuing with the SATs, he himself felt the time with you had been so worthwhile, and I watched him suddenly becoming someone confident that he could achieve things with hard work. That lesson means more than anything else he could have learned! I don’t know if we mentioned he’s been accepted for pre-med at Kings College London--I promise you that he would never be training to be a doctor without that time with you. I’m sure there are many, many other kids who have grown into different people because of you.